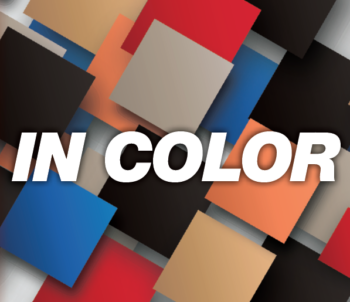 It is no secret the manufacturers of die cutting equipment are on a full out mission to create die cutting machines that are faster and more accurate than anything from the past. For those customers investing in these new machines, it is imperative that the tooling used in them is made with the proper components to take full advantage of this boost in productivity.

Certainly, the board and rule are key components to making a good die however in this article we are going to focus solely on the only moving part of a die, the ejection material.

In the past, the generic types of rubber that came from other industrial applications were fine for ejecting products and keeping up with the slower speeds of the die cutters of that era. But now with the die-cutter speeds and accuracies continually increasing and improving, the time has come to focus on the tooling and getting them up to the standards necessary to work in concert with these new machines.

For flat die cutting applications, open cell rubber products have been the norm for many years. Originally these products were designed for different applications such as vibration control but because they were readily available and priced low they also found a niche in our market as well for die ejection. The open cell rubbers have certainly worked on dies but there are some characteristics that can pose a challenge in using them such as the large holes which can cause variances in ejection forces along a strip and require additional nicks. Another problem is the inconsistency in thickness due to the way the rubber cures during its manufacturing process. The composition of the material includes additives in the product, which dry out and harden resulting in a loss in function and compressibility w will require replacement. With the new, faster die cutters available in the market today, these characteristics can cause slower speeds and a longer make ready.

Just as technology has improved the die cutters, technology has improved the ejection materials available for your dies. There are various polyurethanes available in the market today for die ejection and these materials address the inconsistencies that are present with open cells. For example, as can be seen in the pictures above, the cell structure of polyurethanes are extremely consistent throughout the sheet which balances ejection force on all the ejectors on the die. In regards to the thickness tolerance issue, the open cell product during the manufacturing process is rolled out in a series of pinch rollers to reach the desired thickness. While the rubber is running through the rollers it is also curing at which time the thickness can vary. With polyurethanes, the material is poured into a closed mold and once removed it is a rectangular “bun” multiple inches thick. Once the bun has cured it is then placed on a cutting table called a skiver which then slices horizontally through the bun to yield the proper thickness desired for each sheet. This process allows for a much tighter thickness tolerance. As for life of the product, in an open cell rubber what gives the rubber its rebound strength and action are the walls of the cells which are called struts. Notice how thin the struts are within the open cell as compared to the Polyurethane. Since polyurethane elastomers contain a tighter, more uniform microcellular structure it naturally lends itself to many more struts throughout the polyurethane. The uniformity of these struts will resist break down and increase lifespan, unlike the open cell. Another key factor and interesting difference between the two materials is the size of the cells. When the rubber is on the die and it compresses during the cut, the air in the cells is pushed out. When the die then releases, air is sucked back into the cells of the rubber which carries with it the dust created during the cut. Over time this dust will fill in the cells, harden and cause the rubber to dry out. With Polyurethanes, because the cells are microcellular very little dust can be sucked into the sheet allowing the elastomer to last longer.

For rotary die cutting (Ethylene Propylene Diene Monomer) EPDM gray closed cell rubber has been the traditional ejection material used on dies for years. However, just like the open cell rubber where it is actually made for a different application, the primary application for the EPDM material is for sound insulation primarily within the automotive industry. One of the key sound insulating benefits of this product is that it will shrink down or take what is known as a compression set. For example, if this product was forced into a void for insulation purposes, rather than continuously push against the sides of the void that is constricting it, the product will shrink to fit the void. Basically, the closed cell EPDM rubber is a sheet made up of gas-filled bubbles, or closed cells that are formed into a sheet. When that material is compressed some of the bubbles, or cells, will burst causing the material to shrink and take a compression set. What happens on a die is when this material goes through the nip, cells burst and what was 5/8 thick will now be 9/16. The bursting of these cells can also affect the speed of rebound. What this in essence causes is the “new” height of the EPDM is 5/8 but the “operational” height of the rubber is 9/16. With enough time to rest the rubber will go back to 5/8 but after just a few compressions it will revert back to the operational height of 9/16. Here’s an interesting concept; the EPDM certainly works at 9/16. Polyurethanes do not take a compression set so rather than apply it to a die at 5/8, it can be applied at 9/16 with great results. This not only reduces the tonnage but also could offer savings on the rubber going on the die.
EPDM can also have a large variation in hardness on a sheet as well thickness. This is attributable to the fact that it is poured as a free rise product. Meaning, prior to curing, the goop is poured onto a steel plate without a lid. As the product cures, where the pour actually occurred the product is denser than the perimeter flow. So the middle of the bun ends up being tighter and denser than the perimeter. Also, when poured as a free rise it finishes with a domed top much like a loaf of bread. This domed top will cause variations in the thickness of the sheets when skiving the first couple sheets off of a bun. Polyurethane elastomers are poured into a closed mold forcing the density to equalize across the bun and because there is a flat lid on the mold, every sheet yielded from the bun is extremely consistent in its thickness.

Microcellular Polyurethane elastomers are an engineered system that can be custom formulated in multiple ways to offer unique properties to a wide range of products. By altering the chemical makeup and dispensing ratios, the blended polyurethane can be either hard or soft and it can be made with a fast or slow rate of recoveries. Since the materials are produced in specifically made closed molds, controlling factors such as time, temperature and pressure will yield a consistent rectangular bun formed with flat faces. Because of the flat faces without any crowning or dome on the faces, the skiving process will provide a finished sheet with a very tight thickness tolerance. For more information and a video showing the process, go to www.monroerubber.com.